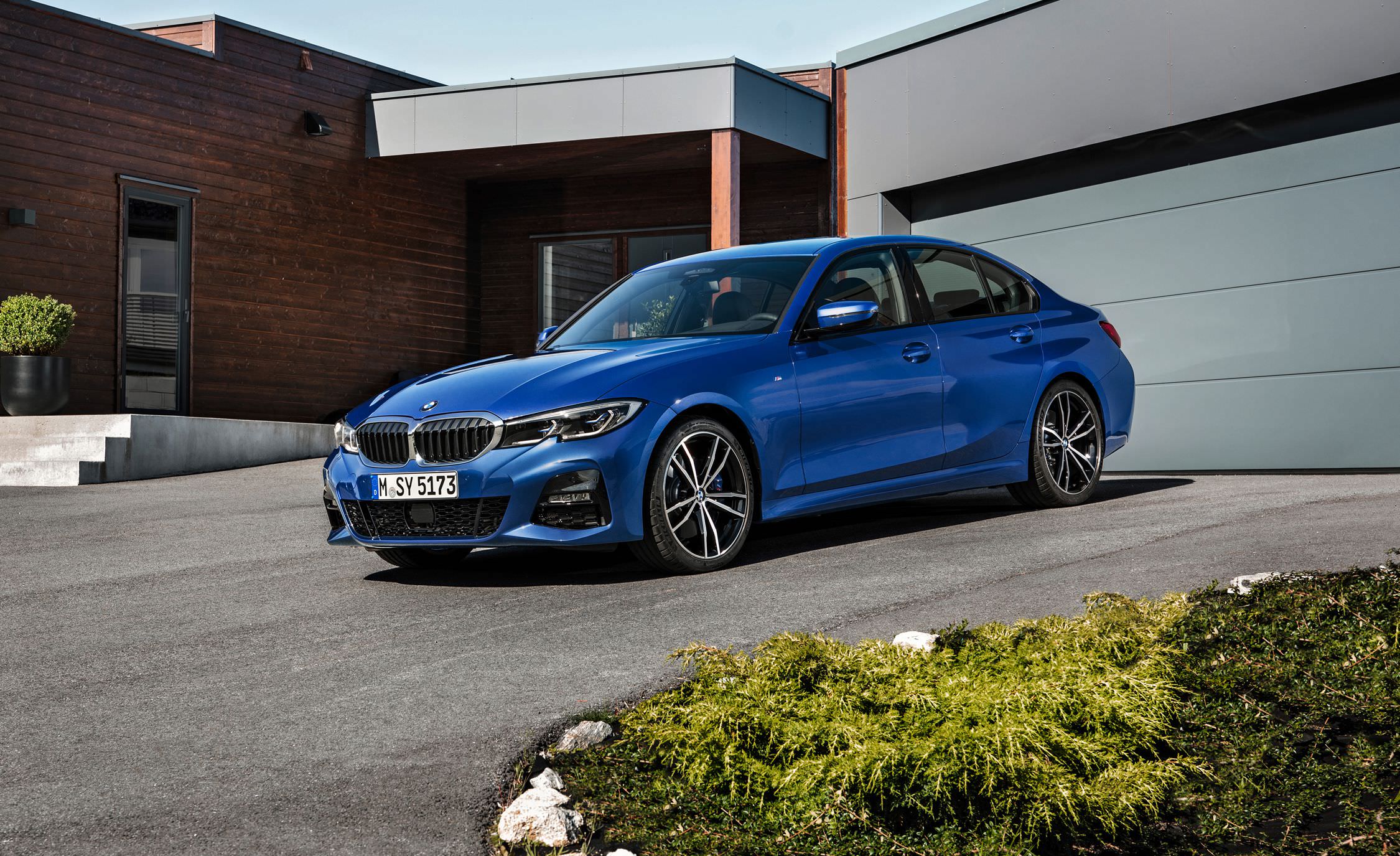 Updated Turbo Engines, No More Manual
While other markets will get a plethora of gasoline and diesel engines, the plan is to offer only three choices in the U.S. The four-cylinder 330i and the six-cylinder M340i will use evolutions of existing turbocharged powerplants. A plug-in-hybrid 330e will follow in early 2020, but BMW is being coy about the particulars of that one.

The 330i gets a modest increase in output, with horsepower rising from 248 to 255 and torque increasing from 258 to 295 lb-ft. BMW estimates acceleration figures will be just a tick quicker than the outgoing 330i's, but we wouldn’t be surprised if the improvement is bigger once we get the G20 on a test track. The M340i has the brawnier version of the turbocharged 3.0-liter inline-six, which will make its debut in the Z4; it produces 382 horsepower and 369 lb-ft of torque.

Rear-wheel drive will be standard and all-wheel drive will be optional on both the 330i and the M340i. In Europe, BMW will offer a six-speed manual transmission in certain diesel 3-series, but the only transmission offered in the U.S. will be an eight-speed auto. "Sadly, the take rate on manuals is declining and declining," product manager Stephan Horn tells us when we question this decision. "For this car, we calculate it will be less than 10 percent globally." But company executives have previously committed to offering a manual in the next M3, so start saving.
https://www.caranddriver.com/news/2019-bmw-3-series-330i-m340i-photos-info
You must log in or register to reply here.
Share: Facebook Twitter Google+ Reddit Pinterest Tumblr WhatsApp Email Link